Is The Bloomspect The Best Sub $100 Grow Light?

The Bloomspect 600W  (1,200W and 2,200W are also available)  is a Chinese manufactured full spectrum, LED grow light that can be purchased for under $100.
At first glance, the 600W LED light has very impressive specifications. However, many other full Spectrum LED grow light manufacturer's make promises concerning their LED grow lights that they are unable to deliver.  So, the following question needs to be asked: 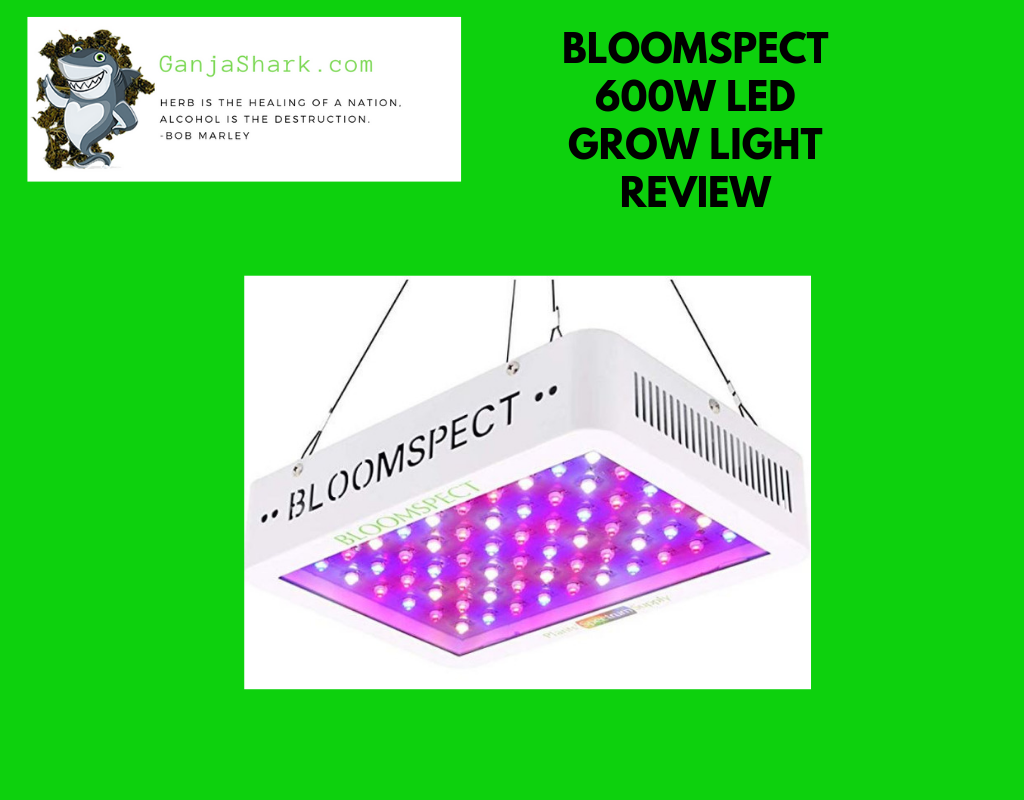 One minor complaint is that ultraviolet lighting is not included. First of all, the 600W is a  budget growing light.  So, it is not reasonable to expect the 600W to have ultraviolet lighting when some of the more expensive grow lights don't have UV lights included.  Also,  as I said before,  UV light  exposure has not been proven to increase marijuana THC levels. So it is questionable if UV lighting is needed.  However, If UV/IR does, hypothetically, increase THC levels (or you just want to experiment), it would not be that expensive, (especially sense the 600W is a cheap grow light) for you  to buy buy extra ultraviolet lighting.

What I especially liked about the Bloomspect, is that there were few complaints concerning its bulbs prematurely burning out, and even one 600W reviewer  stated that he had no problems with lights burning out after being used for six months.  This is impressive because  most LED grow light companies, including the more expensive growing light makers, have numerous claims relating to  bulbs dying out too early.  The 600W also has many other indicators, like the quality fan and temperature control, that signal that the 600W  growing light is well made.

The 600W is an excellent fit for beginning or hobbyist marijuana growers. And for its price, and features that it has, it simply can't beat. That's why I now consider the Bloomspect 600 LED to be the best under $100 LED grow lights currently available.

CLICK HERE for our comprehensive review of other LED Grow Lights

Ganjashark.com a participant in the Amazon Services LLC Associates Program, an affiliate advertising program designed to provide a means for sites to earn advertising fees by advertising and linking to Amazon.com

More From My Blog

Apollo Horticulture Purple Reign Grow Light Review
Smoke Buddy Review- The Original Personal Air Filter
Smoking Weed After Tonsillectomy
Can You Get In Trouble For Being High: Is It Illegal to Be High?