Can You Smoke Weed From a Hookah?

Mixing Weed With Shisha or Hookah Tobacco A Good Idea?

It was in 2004 when I was overseas when I encountered my first hookah lounge in Turkey. I don’t smoke tobacco. So, I only had a few puffs. I was though quite impressed with, the social aspect of this entire scene.

I forgot about this experience until I moved to Las Vegas in 2006. However, as only a weed smoker, I didn’t think much of it. But, after smoking weed via a hookah and shisha at a friend’s house, my curiosity got the best of me and I began to wonder if a hookah and weed is a good combo.

Consequently, I decided to look into this question and this article is the result of my research.

What Exactly Is a Hookah?

A hookah is a water pipe that was, until recently, mainly seen in South East Aisa, Northern Africa, and Middle Eastern communities. It essentially serves the same purpose as a bong in that it uses water to filter tobacco and/or cannabis smoke.

However, hookah is different in a few ways. One difference is that that a hookah is normally heated by burning coal, wood, or charcoal. Additionally, it contains a tube(s) and mouthpiece(s). The major difference though is that hookah is designed to work with a specialized “hookah tobacco” or shisha. Shisha will be examined below.

Shisha is is a tobacco that is specifically designed to be used in hookahs. Most shisha is mixed with molasses sugar and various candy-like flavors like mint, cola, apple, strawberry, cherry, coconut, watermelon, chocolate, etc. 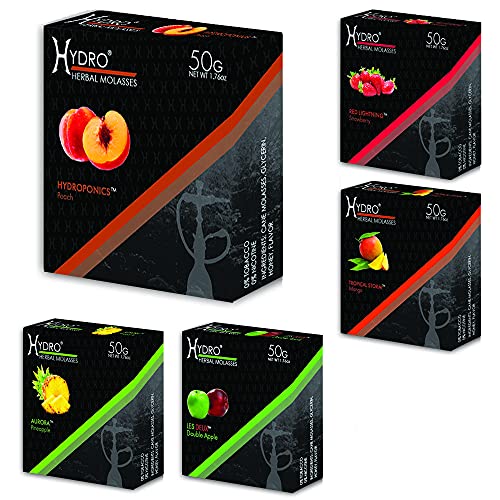 Why Is Hookah and Shisha Popular?

A hookah smoking session is known for being very social as smokers usually sit around in a circle and socialize. Personally, I also found that people who are at a hookah bar tend to be less likely to look at their cell phones.

Is Hookah Smoking Safer Than Cigarettes?

Why is This Question Important?

For weed smokers, this question is important because hookah works best with shisha tobacco. And weed smokers who either don’t smoke tobacco, who are trying to cut down on smoking tobacco, or are trying to quit tobacco should know this information.

Many feel that hookah is a safer alternative than cigarette smoking as they believe the water in this hookah pipe filters out tobacco smoke toxins. In fact, surveys have shown the following:

A third of young adults are under the impression that hookah is safer than cigarette smoking and over 19% between 25 to 34 believe this also.

Unfortunately, though hookah smokers have the same risk as a typical cigarette smoker and hookah users might even be subject to a bigger health risk. This statement is backed by a scientific study, from the University of Pittsburgh School Of Medicine where they evaluated the health effects from a typical, one-hour, hookah smoking session:

To clarify, I am not saying that hookah smoking is more or less damaging than traditional tobacco smoking. For one thing, a straight-up comparison to hookah smoking to cigarettes is not entirely fair in that most cigarette smokers smoke every day. But hookah smoking for many is a special occasion that might only occur, at most, once a week.

What I am saying though is that hookah and shisha tobacco isn’t the loophole for safe tobacco smoking. And that a hookah smoker, depending upon how much they smoke, is just as likely to get lung cancer or other smoking-related problems as a traditional tobacco smoker.

Is Mixing Weed With Shisha Adviseable?

Smoking cannabis with a hookah pipe does have a few advantages. But, it is not for everyone. The following is a list of the advantages and disadvantages of using hookah for smoking marijuana.

Why Not Just Stick To A Pipe Or a Traditional Bong or a Vaporizer?

This is a valid question and many people should stick with traditional cannabis smoking accessories. A hookah and shisha though can offer you a refreshing way to enjoy cannabis. The following are a few reasons why you would potentially want to use a hookah for weed.

•        More Social-A typical hookah users smoking session is a social experience where several participants are often in a circle.

•        More Efficient– A shisha bowl is larger than a typical one-hitter or bong. Additionally, certain hookah’s even accommodated more than one person to smoke at the same time.

•        Learning Curve– A hookah has a learning curve that you might not want to bother with. Also, if you don’t learn to properly use one; you’ll likely end up wasting weed. For example, with a hookah you have to make sure the heating mechanism (coal, charcoal, etc.) is lit correctly and that it is at the correct temperature.

•        Convience-Hookah’s are quite bulky and also have several pieces. As a result, it is a pain to bring your hookah with you when traveling or simply going to a friend’s house.

•        Health-If you want to get the most out of your smoking session shisha is essential, and most shisha is tobacco.

The hookah is designed to be used with shisha, and most shisha contains tobacco. As a result, for health or other reasons, you might think that hookah is not for you. However, this is not necessarily so as there are several tobacco-free, shisha substitutes.

One option that I mentioned earlier is herbal shisha, which comes in a variety of flavors. It can be bought on Amazon also. Click below for more information. Another related option is that you can make and use homemade shisha. Last and certainly not least is that hashish can be substituted for shisha.

If you are on the fence, on wondering if you should buy one, first try one out at your local hookah bar and ask a few questions. Afterward, if you find out you want to give a try of smoking weed with a hookah, purchase a cheap one to see if you like it or not.

As an example, the hookah below costs less than $50. 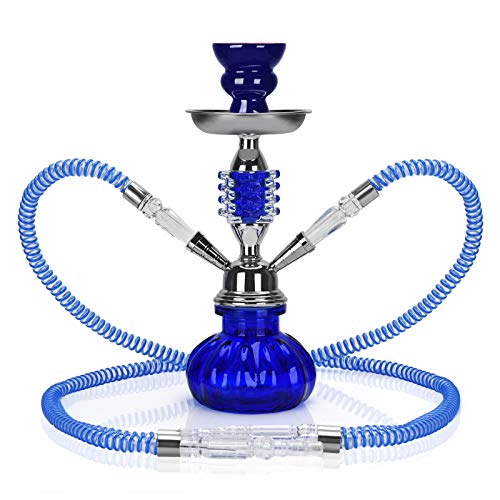 Ganja Shark initially only dealt with grow lights and similar growing equipment. A year or so later, I decided to expand. Ganjashark has now evolved into all things cannabis and related to cannabis. Here, you’ll see articles ranging from Grow Tents to Stoner Philosophy. As a bonus, I’ve started writing about CBD, Hemp, and other cannabis-related areas. So, stick around and look and be sure to visit regularly for a steady stream of reviews, growing tips, and much more!

Keep in mind that we may receive commissions when you click our links and make purchases. However, this does not impact our reviews and comparisons. We try our best to keep things fair and balanced, in order to help you make the best choice for you.