Cannabis Absinthe-Worth Buying or Is It A Gimmick? 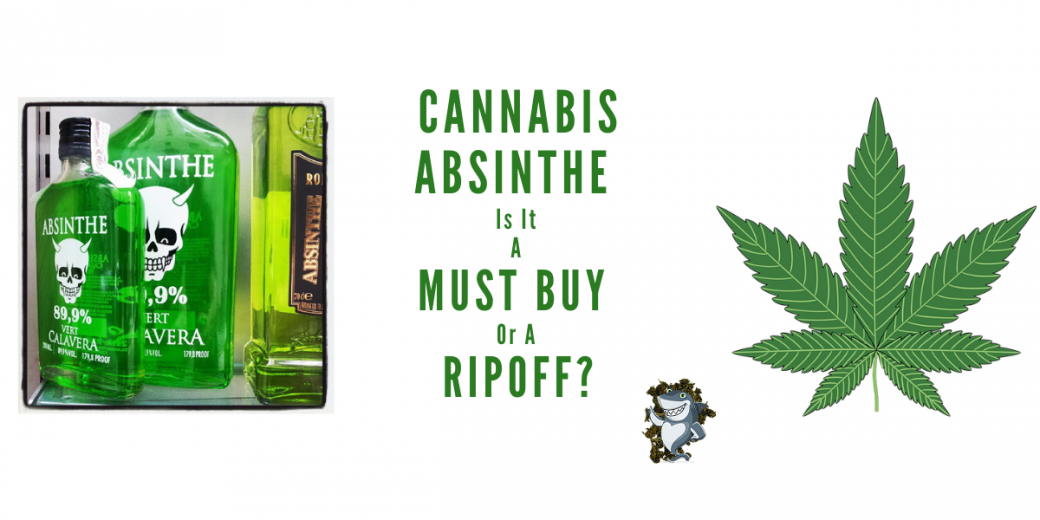 Will The Cannabis Absinthe Spirit Get You High?

Cannabis is legal in 15 states for recreational use and 36 states allow cannabis for medicinal use.  To top it off, in 2018 hemp became legal to cultivate in the US. Further, Cannabis has been, if not legalized, tolerated in numerous countries worldwide.  To put it lightly, Cannabis, CBD, and hemp are all the rage throughout the world and especially in the United States. As a result, marketers are taking advantage of cannabis’s newfound popularity by manufacturing anything from cannabis energy drinks, cannabis vodka, cannabis incense, and even cannabis lip balm.  This article will examine the new cannabis-derived product, Cannabis Absinthe, that is trying to capitalize on this trend.

In 2016 Cannabis vodka arguably started the cannabis-infused liquor trend.  Cannabis Absinthe started production soon after. Absinthe has a shady reputation, which has makes Cannabis Absinthe that much more appealing to some cannabis users. So, I felt it would be helpful to examine weed absinthe and ask the following: 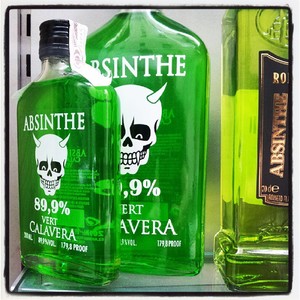 The mystique and history surrounding Absinthe, AKA “The Green Fairy,” is unparalleled.  In the late 19th century Absinthe became the drink of choice among the bohemian counter-culture around  Prague, France, and  Europe. It is nicknamed the Green Fairy because of its green color of this spirit, and rumors of its hallucinogenic properties.

Contrary to popular thought, absinthe was not invented in Czechoslovakia. At the turn of the 19th century, it was invented in Switzerland, and over 95% of absinthe production primarily occurred in Breaux, France during the time period.

In the 19th century and early 20th century, it became popularized as the “hipster drink” of that era. Some of the early famous absinthe drinkers were the following:

Arguably its most famous fan was the legendary author and rebel, Ernest Hemingway (1899-1961), who became enamored of mysterious drink. 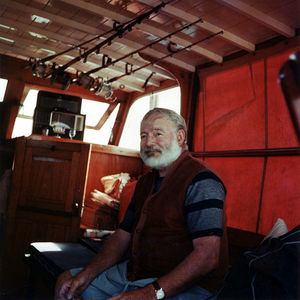 Absinthe became the drink of choice for not only the famous.  But, also, it became quite popular with the general public.  As a result, the French wine industry and the temperance movement promoted rumors that the slight presence of thujone in Absinthe would make its drinkers hallucinate.  One of the main proponents of this ludicrous claim was Doctor Dr. Valentin Magnan. In essence, Absinthe was given the Reefer Madness Treatment.

In 1915 the USA  took to this propaganda and banned Absinthe.  The main argument for the ban was that the thujone, from wormwood, could bring on hallucinations.  The failed US prohibition from 1920 to 1933 did not help Absinthe also.

In the early 1990s, after the fall of communism and the Czech Republic’s Velvet Revolution, tourism surged in Prague and former Czechoslovakia. Tourists soon became acquainted with Absinthe, and Absinthe spirits made a comeback.   This eventually resulted in 2007 Absinthe becoming legal in the United States.

As with anything in pop culture, Absinthe has been subject to numerous myths and rumors, some of which are true. The majority, though, were false. The following are myths that are associated with Absinthe. Even though these myths are false, they all add to the mystique of this beverage. 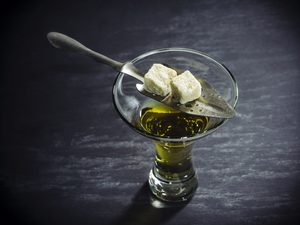 Absinthe is a mixture of herbs and miscellaneous plants; below is a list of the absinthe ingredients.

Real Abinisthe must have the following three ingredients.

It may or may not contain some of the following: 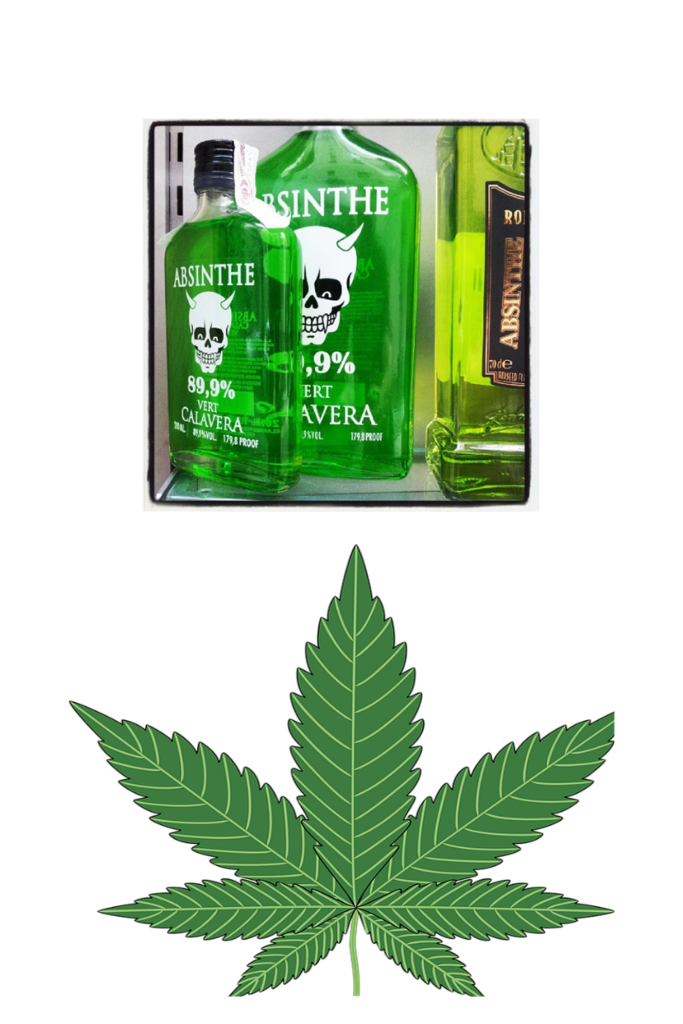 Where Can You Buy It?

It is quite hard to get anywhere outside of Europe, and it is currently out of stock on Amazon.

Will It Get You High?

Unfortunately, the answer to this question is a big NO. Cannabis Absinthe contains NO THC. The cannabis label is strictly a gimmick, and the only association that this product has with the cannabis plant is that it is said to smell and taste like weed.

Honestly, I have never tried any cannabis absinthe. But, the taste of bong water isn’t actually appealing to me. But that is just me.

I thought the Cannabis Energy Drink was somewhat of a ripoff as it just contained hemp and zero THC. It did, though, at least contain hemp. So, it was technically not false advertising. Cannabis Absinthe, though, is just a marketing rip-off designed to fool 420 lovers out of their hard-earned money. Cannabis Absinthe has nothing to do with the cannabis plant. It will not get you high, just drunk, and if you buy it, you are just rewarding deceptive advertising. So, I personally will pass. But, try it if you must. Just remember that it will not get you high in any way, shape, or form.