There are several ways to fight a false positive drug test or even fight a test that correctly stated that you used or another controlled substance. That’s why I have decided to write this article on good excuses for failing a drug test. First of all, before getting to the excuses, I am going to do a general overview of drug testing and drug tests.

What If It Is Just Weed?

Weed is legal in numerous states. As a result, you might think that if it is legal in your state, you will not have to worry if you pop positive for .

Unfortunately, for almost all states, you can still be fired or not hired if you have a positive drug test result for .

These exceptions are that the law does not apply to federal, US government positions. Also, you can be tested if you have public safety job. I.E., Police Officer, or any job that is considered to be safety-sensitive.

What Type Of Drugs Are You Tested For?

You can be tested for any drug. However, you may be also tested for a specific controlled substance or additional drugs. It all depends on the goal of the organization that is testing you.

The most common type of test that you will take is a 5-panel drug test, which tests for cocaine, opiates, meth, benzodiazepines, and barbiturates.

As it is the cheapest, urine testing is the most common.

Reasons For Having To Take a Drug Test

There are multiple reasons for drug testing. The following are the type of drug tests that I will be covering:

Pre Employment Test-Occurs when a job applicant is forced you have to take a urine test in order to be considered for employment. On the other hand, random testing happens if you are already hired, and to keep your job you have to submit to a urinalysis, hair test, or another type of screening.

Whether or not you are subject to an employment drug screen largely depends upon who your employer is and your job. As an example, most US government employees are required to take a pre-employment drug test.

Also, as I stated, you will be more likely to have to take one if your job is classified as being safety-sensitive. (I.E. Truck Drivers, Aerospace and Defense Industries, Construction, etc.)

School teachers and others who work in the education field are also more likely to be drug tested.

The good news is that, per Forbes, less than 1.47% of jobs advertise that they require pre-job drug tests. Also, only .66% of jobs state that they have a random drug testing program in place.

Department of Transportation (“DOT”) -Per US law, you are required to take a pre-employment and random drug screening if your job is considered to be “safety-sensitive”. Safety Sensitive jobs are where a mistake could impact both the employee and the public’s safety. They range from a semi-truck driver to even an airline flight attendant.

Also, safety-sensitive job positions are subject to random drug testing or testing based upon reasonable suspicion. A mandatory drug and alcohol test is required if you are involved in an incident that is deemed to be an accident under DOT guidelines.

Under the DOT, an mandatory reporting accident does require and injury or fatality. For example, reporting is required if the other vehicle or your vehicle has to be towed away.

There are other reasons a safety-sensitive worker might have to take a drug test. Click here, for further info.

Sports drug testing is a whole different animal and is likely not applicable to you. So, I will only briefly go over sports drug testing. Athletic drug testing essentially the same as a regular drug testing program with the exception that athletes will likely be tested for steroids or another performance enhancing drug.

The military has a no-tolerance policy when it comes to any illegal drug use. This includes and even CBD oil.

This means that if you fail the drug test, even one time, you will be kicked out of the service and could even be criminally prosecuted. I went over Navy/Military drug tests extensively, in this article. So, check it out if you want more information.

A probation officer, as a condition of parole, may require you to take a random test. If you fail your test you may be subject to having your parole being revoked and being sent back to prison.

The following are good and legitimate excuses on why you had a failed drug test.

Cold Medicine or Other Type of OTC Medicine 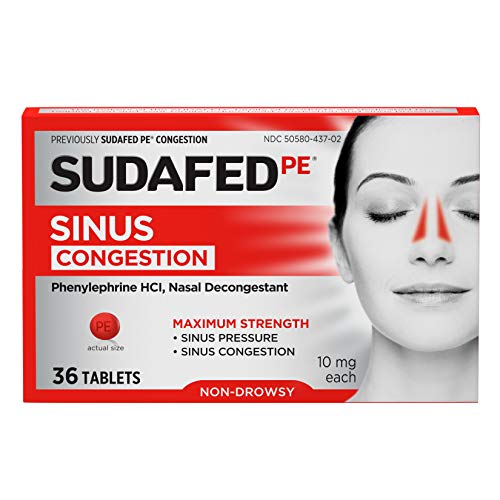 Cold and allergy medicines containing the following can result in a false positive drug test.

Mistaken for opiates and even PCP.

Click here, for more information on OTC drugs and their relation to a false positive result.

That your legally prescribed prescription drug caused a failed test is one of the top legitimate excuses for failing a drug test.

Some of the prescriptions that could result in you wrongly failing your test are quite obvious. For example, taking Oxycodone or Tramadol will show up as you testing positive for opiates.

However, at least for me, it was quite surprising just how many drugs can cause false positives. One example, of this, is the blood-pressure medicine Labetalol, which can result in a positive test for meth and even LSD. Click Here, for more info on this.

Obviously, a testing lab error can result in a false test. Some examples of this would be your urine sample ends up being contaminated, or your urine specimen may have been tested on faulty lab equipment.

For the average person, these mistakes will be very hard to prove. Also, you will likely not get any cooperation with the drug lab as they will not want to ever admit that they messed up.

So, depending on the consequences of your failure, you may be required to hire an attorney. (Who will, in turn, may hire, expensive expert) Your attorney, or an expert, after getting the lab records will then be able to find out if a proper testing process was followed by the lab.

If you are a Seinfield fan you likely remember the Seinfield episode where Eileen failed her drug test because of poppy seeds, when poppy seeds from her muffin showed up as being heroin, which resulted in a failed drug test.

This classic Seinfeld episode was realistic as you can fail a drug test by eating poppy seed muffins. ( It would though take a lot of poppy seed muffins to fail your test) False test results may more likely occur for THC if you eat foods made of hemp oil.

What You Should Do

Make sure the lab gets a full list of any prescriptions you are on, and any OTC medications and supplements that you’re taking.

Also, be sure to tell the lab if you were eating any food that could result in test errors I.E, CB

First of all, retain a lawyer if a failed UA might result in jail time. (Hire one even if you were clean) Also, you will be facing an uphill battle when trying to change any lab test results.

So, these excuses may not work for you. But, using the above “good” excuses may be the only chance you have to keep, get a job, or even stay out of jail.

Can you still get hired if you fail a drug test?

Can ibuprofen 800 cause you to fail a drug test?

How do I pass a drug test with water?

Does a failed drug test go on your background?

Ganjashark.com a participant in the Amazon Services LLC Associates Program, an affiliate advertising program designed to provide a means for sites to earn advertising fees by advertising and linking to Amazon.com

More From My Blog

Keep in mind that we may receive commissions when you click our links and make purchases. However, this does not impact our reviews and comparisons. We try our best to keep things fair and balanced, in order to help you make the best choice for you.