Can You Get In Trouble For Being High: Is It Illegal to Be High? 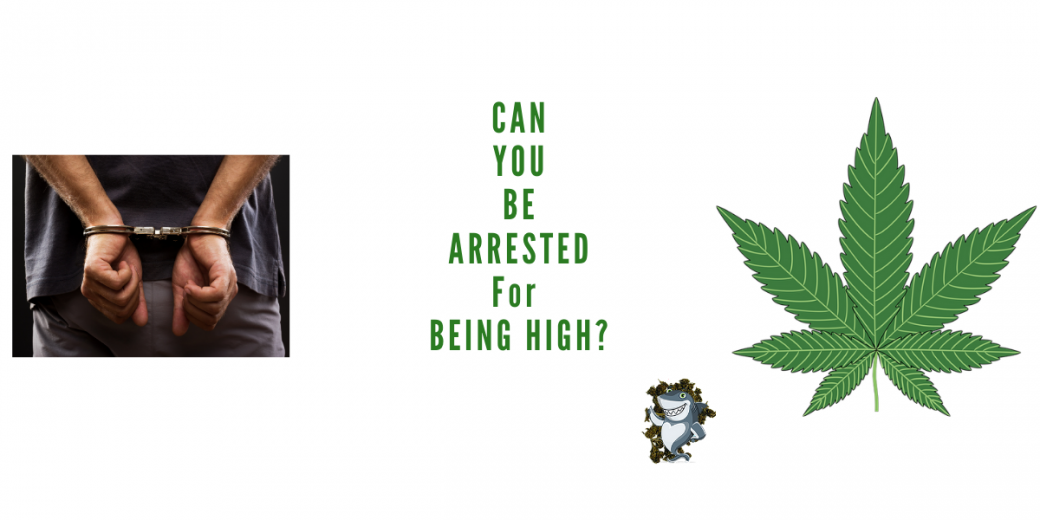 Can You Get Arrested For Being High On Weed?

With the United State’s cannabis laws being relaxed and weed being part of mainstream society (I.E. Martha Stewart and Snoop Dog being friends), cannabis laws can be confusing. Also, there is a lot of misinformation on the internet. So, I felt it would be helpful to have this article on whether or not you can get in trouble for being high even when you do not have possession of any drug. This article will answer that question as best as it can through using known, reliable resources, like Find Law.

For clarification, this article deals with an initial arrest. It does not deal with someone being put back in jail for failing a drug test,  or for being under suspicion of being under the influence, while they are on probation, etc.

This blog is for the cannabis community, I will be referring primarily to cannabis. However, this information deals with getting high on anything, and not just weed. This would include a controlled substance, and also illegal street drugs.

DISCLAIMER– This is not legal advice. The information is from reputable sources. However, every case is different. So, if you have any questions consult a local life firm and hire a criminal defense attorney.

Every States Laws Are Different

States may have similar statutes. However, the application of the law, depending upon where you get arrested may differ.

The strictness or leniency on what is considered to be a disturbance depends upon the location of where you are arrested, who you are, cultural norms, case law, law enforcement, and whether or not you offended the wrong person. Also, a criminal charge depends on who is being arrested. For example, if you have a substantial criminal record the court or a police officer or will likely be more to charge you. Additionally, whether or not recreational marijuana is legal where you are arrested can also be a factor.

Only Take a Lawyer’s Legal Advice

Just because your best friend did X in Portland Oregon, or Denver, Colorado, and did not get arrested it does not mean that you will be able to X while on vacation in Miami Florida, and also not get arrested. The lesson to learn is that you need to hire a local attorney if you are arrested for any crime.

The United States of America classifies cannabis as a schedule 1 drug, which means that per the US government, it serves no medical purposes and has a high likelihood of abuse. This means that even though cannabis may be legal for either medical or recreational use where you live, weed is still illegal. This means that even if cannabis is legal where you live, you still need to be careful if you are wanting to bring cannabis with you on a camping trip to a national park.

Federal laws overrule state laws. Therefore, technically, the federal government does not have to follow any state cannabis law. As a result, the DEA or other federal agencies could arrest and prosecute dispensaries, and cannabis users because weed is still illegal federally. This will likely not happen now. But, it did happen in the 90s., in California.

Is Being High Illegal?

Public Intoxication and Disturbing The Peace

Is not illegal to be high In the United States. You can though, under certain circumstances, get arrested and be convicted of a crime if you are found to be high in public. I.E., You can get arrested for being high in public if they charge you for either public intoxication or disturbing the peace. (You not technically being arrested for being under the influence of drugs. You are though being arrested for what you did because of drugs or alcohol. The penalties for public intoxication and disturbing the peace can result in jail time and a hefty fine. 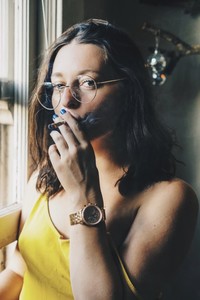 ● Be arrested and found to be high in public, under the influence of street drugs, controlled substances, or simply drunk.

Disturbing the peace is similar to public intoxication except that, for conviction, you do not have to be high.

What is Considered to Be A Disturbance?

A first glance, a disturbance is quite vague as the definition is different from one person to another. Also, free speech is taken into account. As an example, individuals could find a Donald Trump sign or a Joe Biden sign offensive or disturbing. But, because of freedom of speech, both signs are allowed, on your property.

As a result, laws have been designed to specifically define what exactly is considered to be a disturbance.  For example, in Nevada disturbing the peace is defined below:

NRS 203.010 Breach of the peace. Every person who shall maliciously and willfully disturb the peace or quiet of any neighborhood or person or family by loud or unusual noises, or by tumultuous and offensive conduct, threatening, traducing, quarreling, challenging to fight, or fighting, shall be guilty of a misdemeanor.”

Granted, some of the above words in the statute are vague. For example, someone’s offensive conduct could be considered to another one “good time.” Also, threats can be considered different from one individual to another. In the absence of more defined laws, Caselaw (previous case decisions by the court) is used to help define what is and what is not considered to be a disturbance.

The following are a few examples from Find Law, that states what has been generally considered to mean disturbance. Also, each of these actions must happen in the public.

● Starting a fight or fighting

● Swearing or shouting with the intention of causing a violent

● Playing music too loud that disturbs your neighbors

Disturbing the peace and public intoxication is generally the same. However, disturbing someone while you are high in public does not require you to have wanted to intentionally want to cause a disturbance. For example, you could get in trouble for public intoxication if you are stoned, and you repeatedly knock on the wrong hotel door. Another example is that you get high and pass out in public.

Cannabis, for most users, is a mellow drug and, unlike alcohol, stoners are not prone to violence. For example, in my personal experience, I never heard of a cannabis user punching a plate glass window because someone owed him $2. I have seen a drunk though do so. So, not causing a disturbance should be an issue for most cannabis smokers.

My non-legal advice is that you should be OK if you take it easy when you are smoking weed, getting drunk, or doing any type of controlled substance when you are high in public. And, stay home, if you want to get “melting in the couch” high.