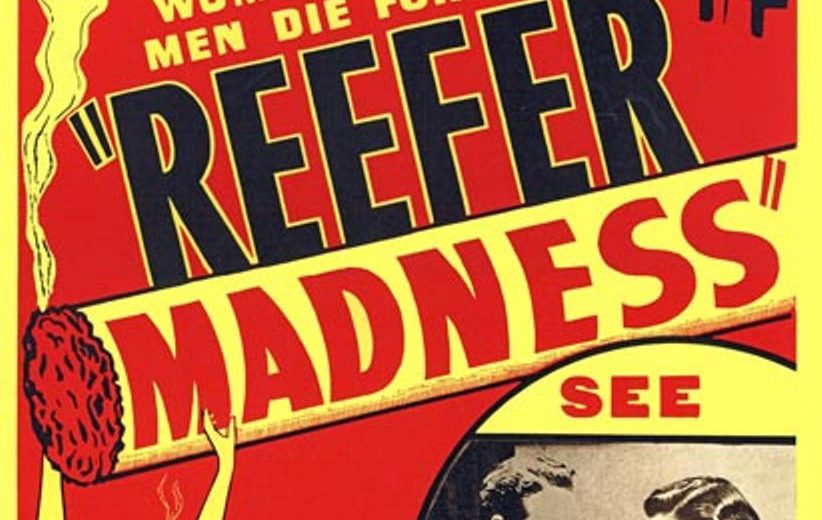 These top 10 movie stoner quotes are in no particular order.   Most of these quotes do not have an deep meaning.  They're simply funny!

Here are the criteria for being on this list.

This is an exception to my rule that they must be stoners.  Robert Deniro plays the stereotypical ex-cop who hates weed. But, likely relaxes with top-shelf whiskey.

Are you a pothead Focker?-Jack played by Robert De Niro

Reefer Madness is the story of once wholesome kids corrupted by the devil's lettuce, otherwise known as marihuana. It showcases innocent teenagers who, after being hopped upon on weed, run their lives they become insane because of cannabis.
Reefer Madness features such overacting that William Shatner would tell them to tone it down. And propaganda that would embarrass North Korean filmmakers. It is so embarrassingly awful that it is good!
The featured quote is an example of Reefer Madness's over the top acting and its absurd plot.

And, you thought MARY JANE was harmless? 🙂

Here is an example: A fifteen-year-old lad apprehended in the act of staging a holdup — fifteen years old and a marihuana addict. Here is a most tragic case-Bureau Official

Yes, I remember. Just a young boy... under the influence of drugs... who killed his entire family with an axe.-Dr. Carroll:

Below is the color version of  Reefer Madness, one of the BEST, BAD movies, ever.

Super Trooper is another movie that is hated by critics and loved by movie goers.  This is a silly, fun movie, that should not be taken seriously.  That's why it turned into a cult classic.

This is the opening scene from Super troopers. It isn't necessarily a quote. However, it is the perfect depiction of paranoia that can occur when you are pulled over by cops when stoned.

This quote is a testament to stoner ingenuity. The joint is like a beautiful dessert or meal that you feel guilty eating. But, you eat it anyway.

This. Is. The future, this is like the apex of the vortex of joint engineering. It's rumored that M. M. O'Shaughnessy designed the first one - the guy who, uh, designed the Golden Gate Bridge. My second favorite civil engineer behind Hannskarl Bandel: Madison Square Garden... What you do is you light all three ends at the same time... Saul as played by James Franco
Really?- Dale Denton

And then the smoke converges, creating a TRIFECTA of joint-smoking power. This is it, man. This is what your grandchildren are gonna be smoking. Future. That - future..Saul

his quote is a testament to stoner ingenuity. The joint is like a beautiful dessert or meal that you feel guilty eating. But, you eat it anyway.

Friday is a classic movie of the 90s, staring Hip Hop/Rap star Ice Cube and the actor Chis Tucker. It is set in LA in the 90s and involves crack heads, shoots outs and one of the most famous stoner movie quotes of all time!

I know you don't smoke weed, I know this; but I'm gonna get you high today, 'cause it's Friday; you ain't got no job... and you ain't got shit to do-Smokey Played By Chris Tucker

You can't argue with that, can you?

This is the highest rated movie on this list. Dazed and Confused arguably could be the Fast Times for the 90s. It is a movie about high school in the 70s in Texas where the students are enjoying their last days in school for the year. It features some of the many cliques in high school, which includes stoners.

It is rated very highly and is both critics and general moviegoers' favorite.

This movie also featured two actors (Renee Zelwegger and Matthew Matthew McConaughey) who, later in their careers, won an Oscars.

Behind every good man there is a woman, and that woman was Martha Washington, man, and everyday George would come home, she would have a big fat bowl waiting for him, man, when he come in the door, man, she was a hip, hip, hip lady, man.-Slater played by Rory Cochrane

This quote exhibits classic stoner philosophy and the deep thoughts you have (at least they're deep for you) at times while smoking weed.

The Big Lebowski is a 1998 movie directed by Ethan and Joel Coen.
It has a delightfully absurd plot. Jeff Lebowski (AKA-" The Dude") is an easy-going weed smoker mistaken for a millionaire whose wife owes money to some dangerous crooks.
What sets the Dude over the edge is when the crooks pee on his rug! And he then tries to get restitution for the pee-stained rug.

This plot sounds absurd, and most directors other than the Coen brothers could not pull it off. They do pull it off, though, and The Big Lebowski is a bonafide cult classic.

The Dude's quote personifies the laid-back attitude that many weed smokers have.

Up in Smoke is why I started this list  in 1978. It is Cheech and Chong's first movie, and it is also one of the first movies that revolve around the stoner lifestyle. It is a bit dated, but still funny. (Especially so, after watching this after a bong hit or two.

Fun Fact-The producer for Up in Smoke was Lou Adler. Adler started out writing songs for Sam Cooke and eventually turned into a music producer. He worked with such legendary acts as the Mommas and The Papas, Carole King, Jan and Dean, and Cheech and Chong.

There are so many epic "stoner quotes" in Up in Smoke that it was tough to pick just one. This car scene is outright hilarious. But, it also points out the altered sense of time and reality when stoned.

Up in Smoke, is silly and has not redeeming qualities.  That's why I like it.

Hey man, am I driving Ok?-Pedro played by Cheech Marin

True Romance was Quentin Tarantino's second film and is not given the respect it is due. Granted, that is somewhat understandable as it came between
Reservoir Dogs and Pulp Fiction.
This quote is from Brad Pitt, who plays the roommate stoner, Floyd. Brad Pitt in the 90s likely smoked as much weed as Seth Rogan does now. So, may not be acting for Pitt. Floyd though is the most accurate depiction of a weed smoker that I have ever seen in movies. And  this quote is unforgettable.
Long live Floyd the Stoner!!

Fast Times At Ridgemont High is a coming age high school movie that was made in 1982. I graduated high school (Yeah, I'm old . . .So, what?) in 1986. So, this movie has quite a lot of sentimental value.
It involves the life of teenagers at Ridgemont High? Duh. Even though the movie is set in the 80s, it is still funny after being released nearly 40 years ago.

Sean Penn as Jeff Spicoli perfectly plays the stereotypical surfer stoner. Who'd of thought, based upon this movie, that he would someday win an Oscar.

All I need are some tasty waves, a cool buzz, and I'm fine. - Sean Penn as Jeff Spicoli.